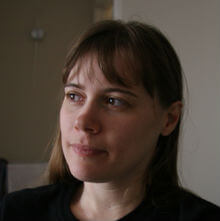 I didn’t know the New York Times hired Quinn Norton until I saw news they’d parted ways. Without question, this is a greater loss to the Times and its readers, than it is to Norton — although there’s no doubt it must be a major disruption to her life and that of her family.

The irony of the situation, representative of this perverse cultural moment, is that the people most likely to take satisfaction in this turn of events probably neither read the Times nor previously had heard of Norton.

Anyone who in thought and action marches in lockstep with others and who attaches supreme value to their allegiance to a cause (however noble that cause might appear), has crossed a threshold qualitatively no different from that crossed by every German who once declared: Heil Hilter!

It doesn’t matter what the cause is. The choice of surrendering to some kind of external ideological authority has the same effect irrespective of the ideology: it makes the individual’s conscience and capacity to make independent judgments subordinate to what that individual has designated as a higher authority. It is a form of subservience that corrodes the foundations of an open society.

We are now creating a society where disqualifications seem to carry more weight than qualifications — a guarantee that conformity and mediocrity can run endemic.

In old-fashioned authoritarian states, conformity was imposed through institutionalized brutality, but we are now conjuring a form of grassroots authoritarianism where the oppressors are mostly gleeful volunteers, herded by commercially-driven algorithms.

In order to appreciate Quinn Norton you don’t need to agree with everything she’s written or everything she’s done, but to get a flavor of her sharp mind and keen wit, watch this short talk she gave a few years ago:

In explaining why she accepted the job offer from the New York Times, Norton wrote:

Some people want to spend their careers covering events as they break. Others, as beat reporters, and investigators, using stories to hold power accountable. I’d done those things — and they were fun — but I found they weren’t where my heart was. I was happiest when I was writing long explainers and open-ended stories about what people hope for. What I’d wanted, more than anything, wasn’t to hold abusers accountable, but to help the world understand itself well enough to stop the abuse before it started.

Anyone who has the time and interest to hunt down tweets that can be weaponized, probably doesn’t have much interest in or capacity to help the world understand itself. On the contrary, they are participating in a kind of behavior that is shaping our world in a profoundly unreflective way.

Now that the Times has dumped Norton as lead opinion writer on the power, culture and consequences of technology, who’s going to take her place? Someone who writes clickbait for Gizmodo?

No one can write about culture while also being a slave to conformity.

I don’t care what color anyone’s uniform is; the problem is in the uniformity, not the color.

In the conclusion of her essay on John Rabe (which is well worth reading) that (among other reasons) got her branded as a “Nazi sympathizer,” Norton writes:

For me there is only this in the story of John Rabe: there are no clear bad guys or good guys in humanity. There is just an uncomfortable pause, where you can let history crowd in on you. The best you can do is be quiet in the face of the terrible contradictions, and try to figure out what the next right thing is.

Let’s just imagine social media and online journalism if it was drained of sanctimony, hyperbole, and hypocrisy, and instead opened more space for nuance and deliciously long pauses.

Imagine a platform on which quiet reflection won more attention than loud mouths.

What am I imagining? Maybe a world without the internet…

I guess another Carrington Event would do more harm than good, but I’m not altogether sure.